Within the project, at least 30 houses will be purchased, in Cluj-Napoca and the surrounding localities. END_OF_DOCUMENT_TOKEN_TO_BE_REPLACED

During the project, a Community Social Centre will be established, which will aim to implement and develop services END_OF_DOCUMENT_TOKEN_TO_BE_REPLACED

Throughout the project, we will organise support groups for teenagers from the families of the resettlement program. END_OF_DOCUMENT_TOKEN_TO_BE_REPLACED

Almost 20 experts involved in the project took part on Wednesday 17 June in a workshop held through videoconference by representatives of the Norwegian city of Bergen on good housing practices. Bergen is the second largest city in Norway and is a partner in the Pata 2 project, having as the main role that of providing hands-on experience in the area of good housing practices and the public policies it entails.

The workshop on Wednesday was attended on behalf of the Romanian partners by social workers, psychologists and community facilitators of the Cluj Metropolitan Area and the Directorate of Social and Medical Assistance Cluj-Napoca, as well as by the research team of “Babeş-Bolyai” University. 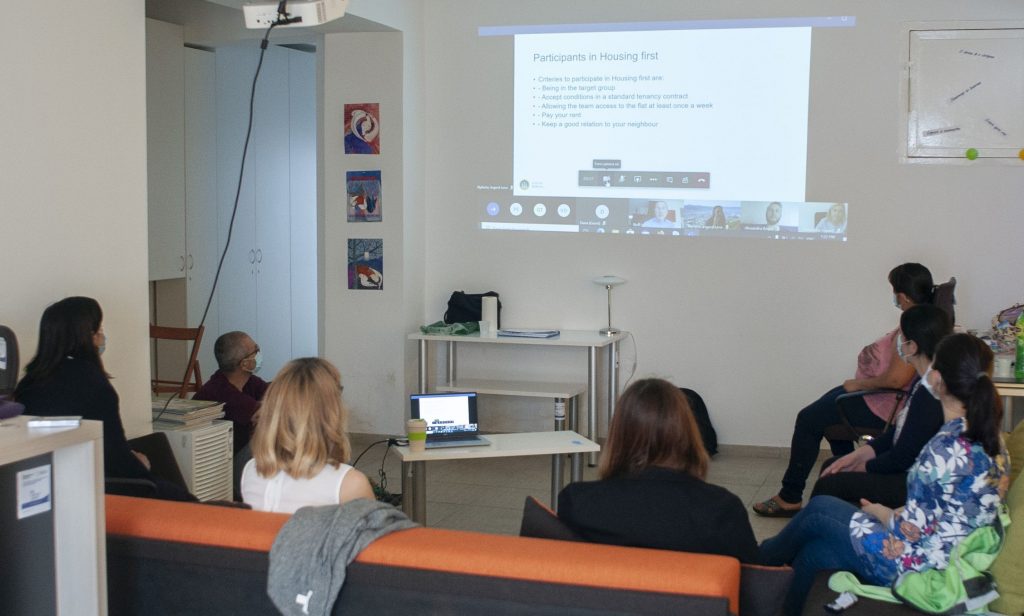 The workshop consisted of study cases and examples of public policies from the Norwegian side, followed by Romanian feedback and Q&A sessions.

“There were very applied discussions, in which we were presented what the housing policies in Norway are, with a focus on Bergen and on the situation of migrants and refugees. We look at the experiences that are replicable in Romania or which, as the case may be, can be adapted here”, explained Monica Graff, project manager.

Initially, this activity should have taken place in the form of an experience exchange in Bergen, but in the context of the COVID-19 pandemic, the option of an online workshop was chosen, with an on-site visit to follow.

The workshop took place at “House of Youth”, an educational and social centre set up through the Pata-Cluj Project, which predated Pata 2. It’s the first such action in a longer string. (Text by Bogdan Stanciu)