Within the project, at least 30 houses will be purchased, in Cluj-Napoca and the surrounding localities. END_OF_DOCUMENT_TOKEN_TO_BE_REPLACED

During the project, a Community Social Centre will be established, which will aim to implement and develop services END_OF_DOCUMENT_TOKEN_TO_BE_REPLACED

Throughout the project, we will organise support groups for teenagers from the families of the resettlement program. END_OF_DOCUMENT_TOKEN_TO_BE_REPLACED

The information campaign on the social housing that we will provide within the project is in full swing. In the last days of May and the first of June, 400 information brochures and 800 flyers were distributed, of the latter, 400 are on project housing, and the other 400, on alternative housing resources in Cluj-Napoca.

Also, starting on Thursday, 3 June, in Pata Rât are held information sessions on the project, materialised by meetings between the CMA team and people living in the four communities in the area.

The information sessions take place in two series. During the first series, which takes place these days, social workers, facilitators and psychologists of the CMA team present the criteria for assigning housing to the community, the list of documents needed and answering questions 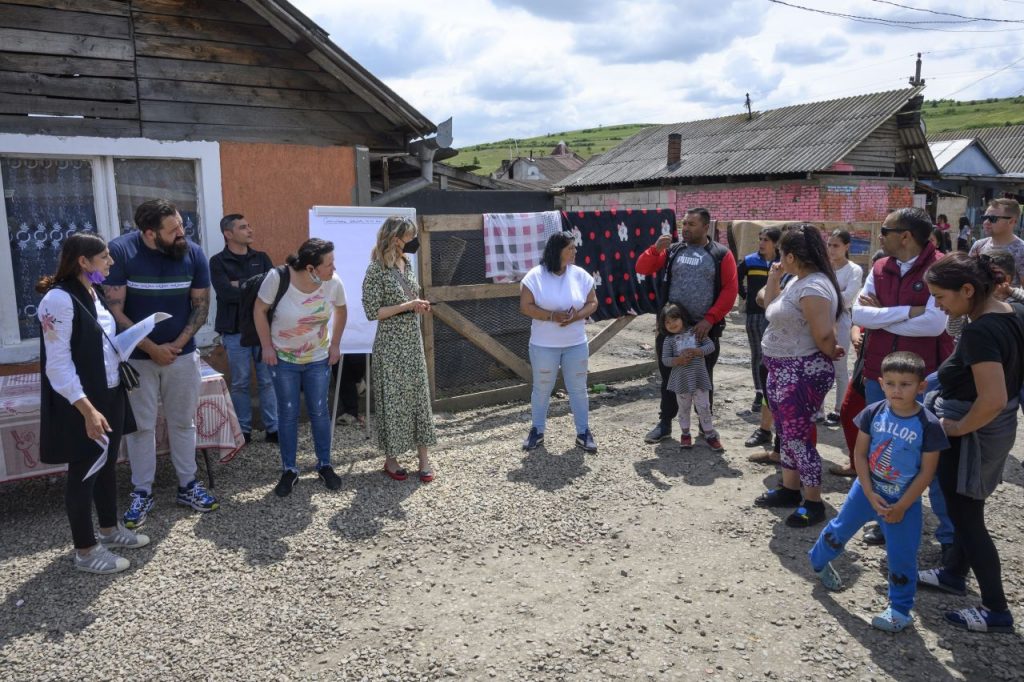 The first meeting with people from the Pata Rât area took place in the ”Dallas” community and gathered around 50 interested persons. It was followed by the meeting with the locals of Rampa, then the Cantonului and Coastei. We noticed good participation by the target audience in these information sessions and a constructive attitude. ”It’s a joy to be able to give hope to so many people, doubled by great responsibility. Therefore, we need to be as clear as possible with explanations and as transparent as possible during the selection process", says Alexandrina Kiss, project manager.

In the next period, the second series of meetings will take place. In this, the CMA team will draw up an example of a family that qualifies to receive a social home and will also answer questions. “We try to explain as much as possible, by example, how the selection process works, how it is scored at each criterion,” says the project manager.

Under the project Pata 2.0 will be offered at least 30 social housing for people living in Pata Rât. The selection criteria were established by our partners of the Faculty of Sociology and Social Work of Babeş-Bolyai University.

From June 7, daily, Monday to Thursday, the CMA team will record the files submitted by those who want to receive social housing through the project. On Friday, a lawyer will be at the disposal of applicants to help them draw up the self-declarations they need. The selection process, along with the evaluation period and the appeals period, will extend until October.

More details about the criteria and selection process can be found here.